The family of Rocky Creek would love to invite you to worship on Sunday as we ordain and commission Ryan Duerk to continued gospel ministry through his new position as President/CEO of Miracle Hill Ministries.

Ryan’s story of redemption is another reminder of the wondrous grace of Jesus. His story of restoration led him to Miracle Hill and Rocky Creek. As he once was the recipient of these compassion ministries and discipleship efforts, he now leads out to help others in the way he was served.

Our pastoral staff served as an ordination council to affirm what God had already done by calling Ryan into the ministry. After assessing his doctrinal stances and devotional practices, we wholeheartedly believe that God has called him into further service. We are eager to see all God continues to do through him.

In recognition of this time in his life, the church will ordain and commission him to this pivotal missional role in the city of Greenville.

We will recognize and pray over him in all morning services on Sunday, December 8, 2019.

Below you can watch the announcement of Ryan’s new position as well as some biographical information on him. We are so eager to continue to walk alongside Ryan during these days.

Ryan began his career at Miracle Hill working in the food warehouse. He has since served in several roles in Adult Ministries including counselor, program manager, Director of Overcomers, and most recently, VP of Adult Ministries. Ryan will assume his new role as President/CEO on January 1, 2020. He holds a BS in Experimental Psychology from USC Upstate and an MBA from Anderson University. He is also a Board Certified counselor through the American Association of Christian Counselors. Ryan and his wife Lauren have two young children. 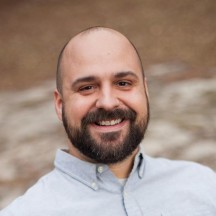